If you are looking for a competent partner to turn your ideas into innovative development concepts and efficiently transfer these through all phases of modern project management to serial production, you are in safe hands at NTTF Coatings.

Our operational team consists of highly qualified scientists, engineers and technicians from different natural scientific disciplines such as physics, chemistry, mathematics, biology and pharmacology as well as the engineering disciplines such as mechanics, electronics and IT, who are able to transfer their knowledge of basic research directly into excellent products which are state of the art. 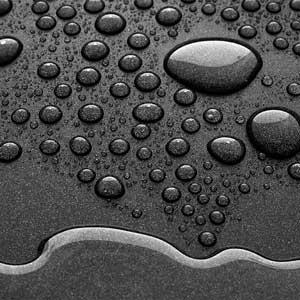 Parylene is applied in its gas phase in a vacuum and is completely non-porous. Almost any substrate material, e.g. plastics, ceramics, metals and alloys, glass and paper, can be coated with Parylene. The Parylene coating process uniformly coats difficult surfaces and structures such as sharp edges, undercuts and small crevices that cannot be coated with liquid-based processes. In addition, a coating thickness of 0.1 to 50µm can be applied in a single operation.

The areas of application are very diverse: Parylene is used in the medical, automotive and aerospace industries. In addition, Parylene is ideally suited for coating electronic devices such as PCBs and as corrosion protection for products such as rare earth magnets.

Plasma treatment refers to the use of an ionized gas to increase (hydrophilic) or decrease (hydrophobic) the energy of any surface at either low pressure or atmospheric pressure. It is commonly used as a preparation method for many types of coatings. In some instances it is an excellent pre-treatement for Parylene. Often the gas used is similar to atmoshperic air, although an oxygen-rich gas can be used for an enhanced effect.

Lately, it is used in the textile industry to achieve hydrophilisation or hydrophobisation. It has other positive effects also, like improvement in adhesion and the accumulation of functional groups to the surface.

Cardient® FMC is a biocompatible and biofunctional coating specially developed for medical and biological applications.

The coating is an amorphous carbon layer with a quasi-diamond-like structure that is particularly suitable for flexible polymer-based medical implants. Implants coated with Cardient® FMC remain neutral to cells and other living microorganisms. The implants can be excellently colonized with somatic cells and are rapidly incorporated into the body. At the same time, due to the low interdependence between the surface and biomolecules, adhesion forces are reduced such that the population of biomolecules on implants in e.g. tubular structures of the body is reduced.

Materials that can be coated include polymeric materials as well as high temperature sensitive materials.

Applications include catheters, stents and sensors. One of the best-known applications of Cardient® FMC is the coating of urological stents. Here it creates a smooth, crust-free surface on the implant and increases patient comfort.

It consists of an amorphous carbon layer doped with various precursors to adjust the contact angle, e.g. with water or oil. In addition, the doping can be modified to create anchor points for molecules such as drugs.

Applications include microfluidic systems and urologic and vascular catheters.

Materials that can be coated are polymer materials, metals, ceramics and high temperature sensitive materials.

Cardient® TiX is a supercrystalline titanium oxide that remains photocatalytic for several hours when exposed to UV light, resulting in the decoupling of hydrogen and the breakdown of organic bonds. The released hydrogen kills bacteria and germs – the surface becomes germ-free. If the coating is additionally hydrophilized, it is also very easy to clean.

The released hydrogen radicals attack bacteria and germs – the surface becomes germ-free. If Cardient® TiX is additionally hydrophilic, the surface can be easily cleaned with water.

The Cardient® superhard coating is produced in a PECVD process.

Cardient® superhard was specially developed for applications where functionality is lost after only minor wear.

The coating is made of amorphous carbon with a close diamond-like structure and density. Like all carbon-based coatings, the surface is highly biocompatible, making it suitable for medical applications.

Applications include medical cutting tools such as scalpels, trephines, and microstructured surfaces.

Materials that can be coated include metals, ceramics and special plastics, as well as temperature-sensitive materials such as hardened steel.

The extreme surface density of the so-called Cardient®-Resist is generated by a series of magnetic and high-frequency fields.

Cardient®-Resist is a corrosion-resistant, chemically inert metallic layer coating based on carbon. Its main feature is its extreme hardness and very good wear resistance, coupled with unusual tribological properties. Another major advantage is that contamination and wear materials do not adhere to the surface.

Applications include cutting tools, easily smearable tools such as milling tools for aluminum, copper, polymers and optical surfaces, and applications that have high cutting friction such as valves, camshafts and bearings.

The extreme surface density of the so-called Cardient® resist is generated by a series of magnetic and high-frequency fields.

Cardient® tribo is a coating with extremely low friction values. At the same time, wear is drastically reduced due to the extreme hardness.

The high hardness is caused by ion bombardment (forging process) during the coating build-up. The parameters are optimized to combine low friction with high wear resistance.

Materials that can be coated include metals, ceramics and special plastics, as well as temperature-sensitive materials such as hardened steel.

The smaller CVD coating machine has a cylindrical vacuum chamber (see picture below) with a diameter of 40 cm and a height of 45 cm. This is located on a roll-able frame with the dimensions 90cm x 95cm x 70cm (W x D x H). The evaporator and reactor units are housed inside this frame, as is the powerful vacuum pump and the rotary drive for the samples retort. The frame is covered with metal sheets, each of which can be removed with a few screws. On the front side there is a door through which access to the evaporator is possible in order to bring in the dimer (parylene raw material) for the process operation.
Due to the technology of the vacuum system developed at NTTF, the plant does not require an additional cooling unit as is necessary in conventional machines for this coating technique, so that both maintenance costs and energy costs are reduced.
The coating unit is operated with the help of a fully automatic PLC control (Siemens S7). A 12-inch touch panel is used to enter the process parameters and to visually display the process sequence. All relevant process data are recorded, displayed and stored in a data memory during the coating process. With the help of an integrated network module, the machine can be connected to a data network and is thus also accessible for remote maintenance, for example, for installing a software update or remote diagnosis. The electronic components for controlling the machine, as well as power electronics, are located in a control cabinet attached to the rear of the unit. 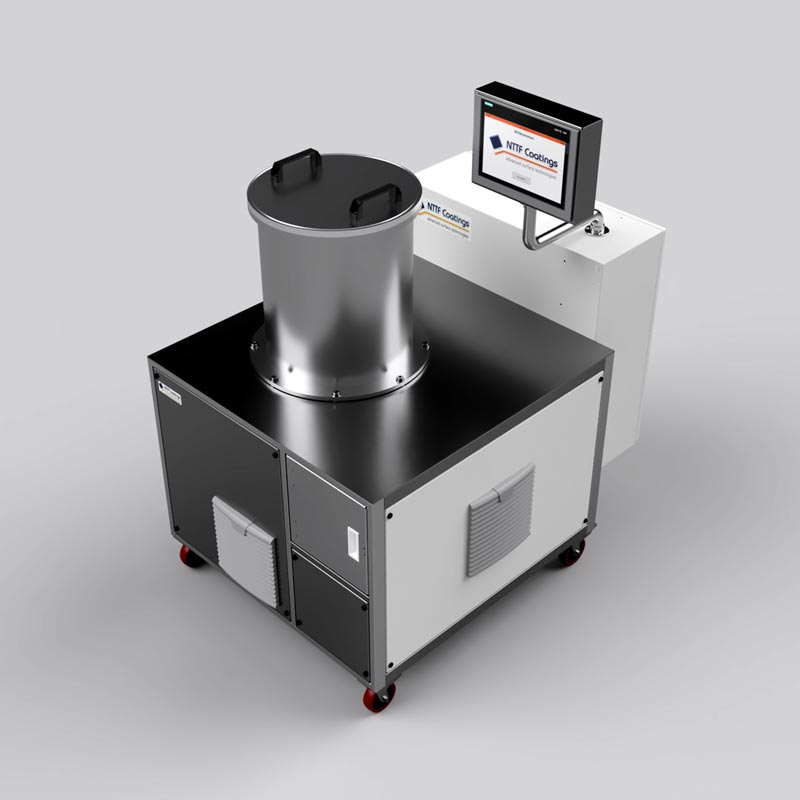 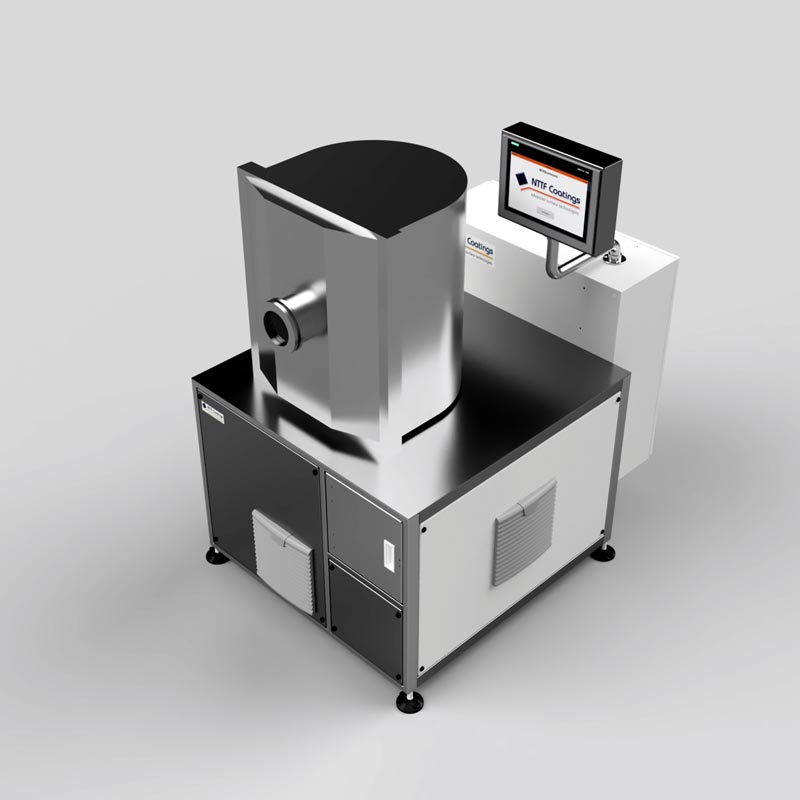 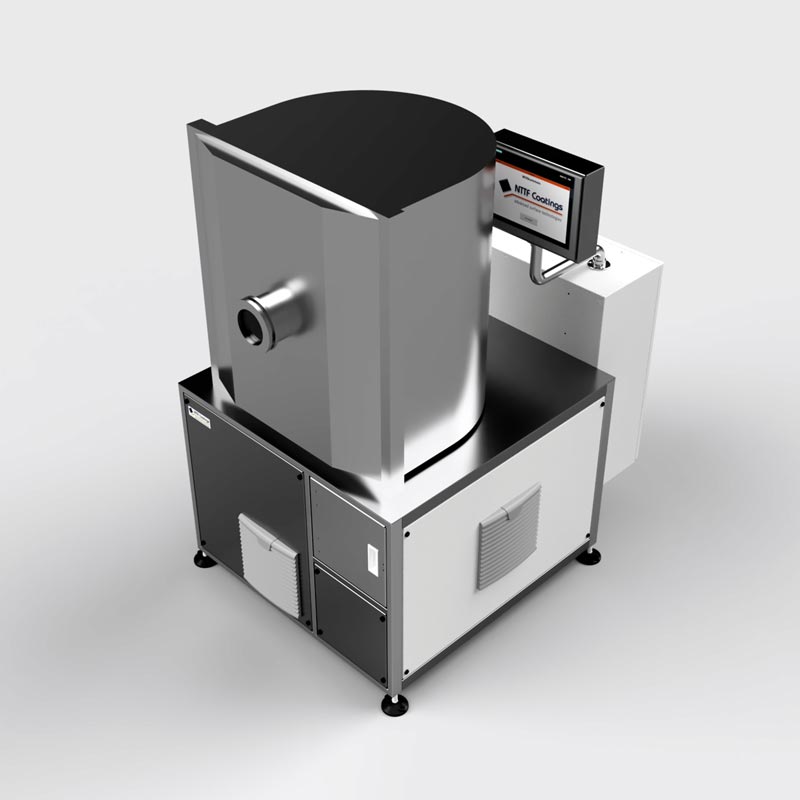 These machines can be customised and adapted to suit specific applications. Any modifications to the standard machines need to be costed separately.

NTTF Coatings GmbH is an emerging service company in the areas of coating, equipment manufacturing and development. NTTF is committed to issues of innovation and technology with renowned customers, among others in the medical device industry.

In 2011 Tixx Coatings was founded as a subsidiary, which specialises in Parylene coating in the industrial sector.

The management of NTTF has more than 15 years of experience in medical technology and together with the entire team they stand for customer-oriented, goal and future-oriented services. NTTF focuses on the technical core competencies: coatings for medical applications, plant engineering and construction, development, and manufacture of medical diangnostica, electronics, quality assurance, Due to the continuous expansion of our network NTTF can meet the special requirements of customers and works together with them to find unique solutions. 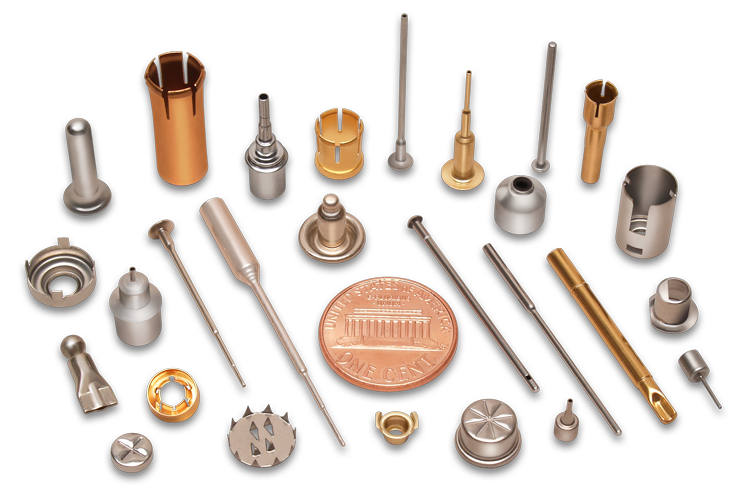 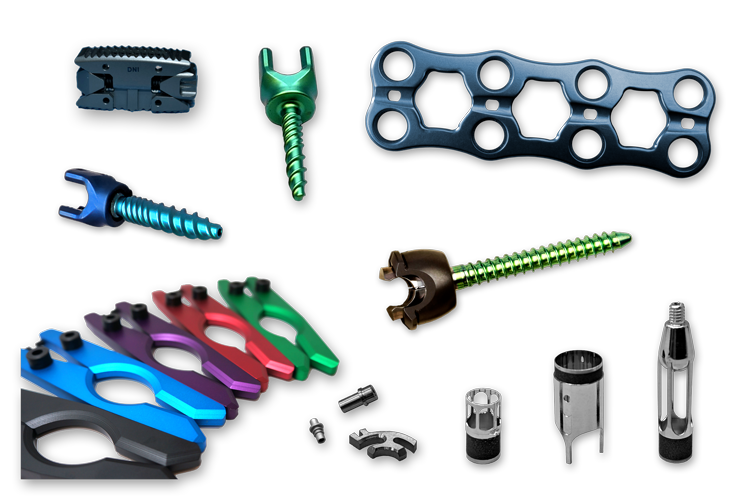 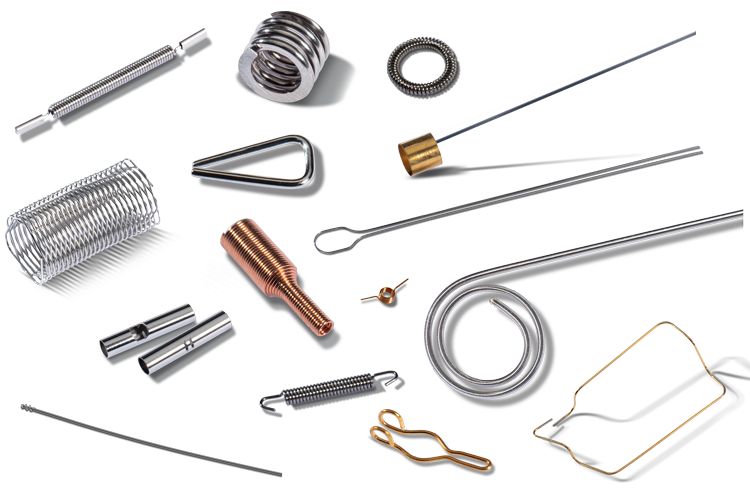 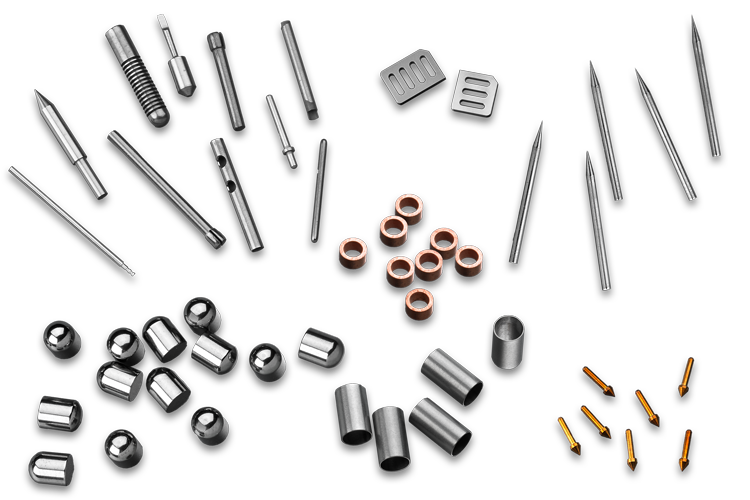 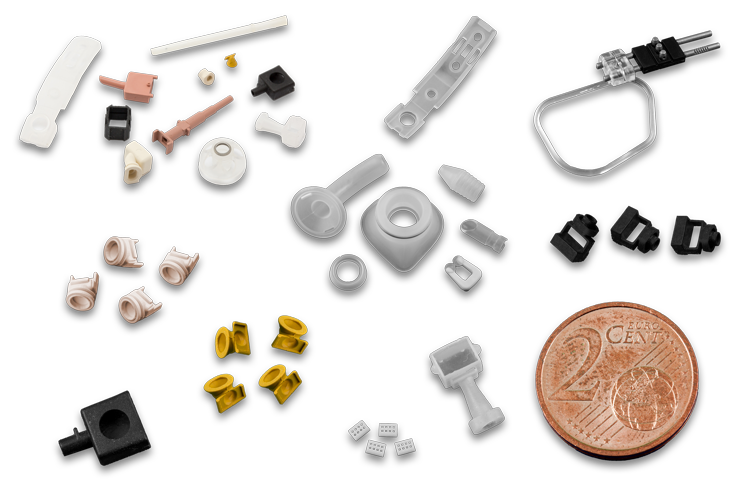